Canadian troops were a significant presence in Worthing during the Second World War, particularly in the run-up to the ill-fated Dieppe Raid in August 1942. Many were camped on land to the west of Durrington, where, in recent decades, the residential streets of ‘West Durrington’ have been built. Many of these streets – Columbia Drive – Vancouver Road – Halifax Drive – Edmonton Road etc. – recall these fighting men and their home towns. 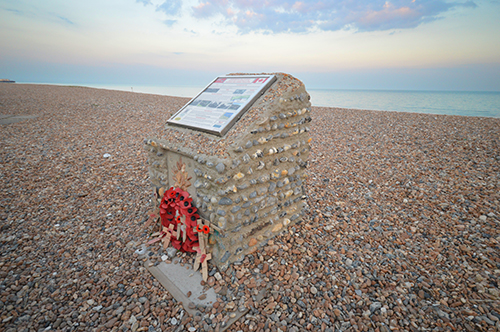 There are still people in Worthing who remember the Canadians with fondness. But these soldiers  did experience prejudice at the time, especially the French-speaking Canadian troops. A town like Worthing in the 1940s was not used to the sound of foreign accents on the streets. Any altercation, fight, or more serious criminal event involving French Canadians only bolstered the anxiety and fear already present amongst some townsfolk.

The Dieppe Raid was not a serious attempt to invade and capture German-occupied Normandy, but rather an exercise to test German defences. The raiding party consisted of 50 American,  1000 British, and 5000 Canadians troops. Some people have felt that the Canadians were picked out to take the brunt of this near-suicidal raid: 60% of those who made it ashore were either killed, wounded or captured. 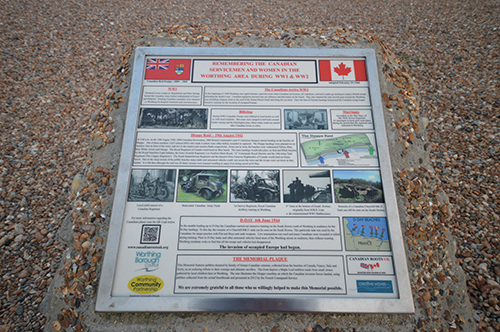 One Worthing woman remembers that just prior to the raid Canadian soldiers were billeted in hotels on Marine Parade. She lived with her parents in New Street, and one evening they heard a young soldier outside their front door, crying. The mother opened the door and let the soldier in. He was only 18 years old and had spent his entire life living on a remote farm in Canada. He had never heard the sound of gunfire and “was petrified with fear” at the thought of having to go into action. Given the high casualty rate, there was a high probability that he died at Dieppe.

A resident in Ferring recalled one young man that had seen fighting, but he was scarred by the experience. Whenever he heard the sound of local soldiers practising with their rifles, he became alarmed and would not believe it was a practice. The woman remembers that “he was absolutely shaking with fear, he was terrified.” 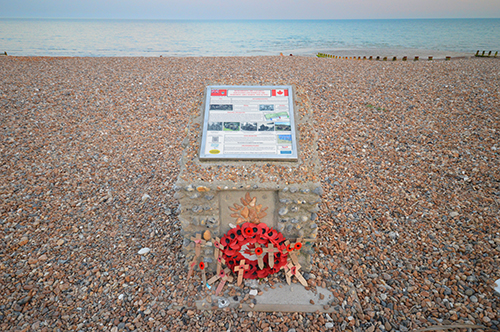 Canadian soldiers in Worthing became annoyed and offended by the accusations of lawlessness levelled against them. Some criticism was less harsh, but still implied that the Canadians did not do the utmost to fit in with the local community. When a mother and her adult daughter, who worked at Worthing Hospital in Lyndhurst Road, began inviting lonely Canadian soldiers to have tea with them, rumours began to circulate that the ladies were offering the men more than tea and cake by way of refreshment! Such rumours caused one Canadian sergeant to write an indignant letter of protest to the Worthing Gazette, in which he condemned “malicious slander” against “two women who have shown a little kindness to men who have voluntarily given up everything they had in the world to come and fight for England – and, incidentally, Worthing.”

Worthing’s response, the sergeant added, had been ‘meagre’ and mean-spirited. “Some town!” he angrily concluded. 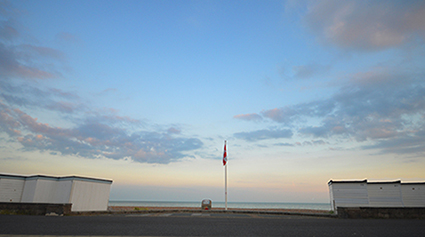