As the 70th anniversary draws near, we look at Worthing’s contribution to this historic event.

June 6th 1944 – D-Day – made a big impact on Worthing, both in terms of the invasion itself and in the build-up to the invasion. Properties across the town were requisitioned by the military, with little regard to the wishes of owners. The needs of the war came first. Properties deserted by those who had left the town in 1940, when a German invasion of Britain appeared imminent, were the first to be taken over. One resident in Wallace Avenue, recalled her mother complaining about the conduct of service personnel who were lodging in neighbouring properties. She was bluntly told by the commanding officer that her home would be requisitioned too if she kept complaining! 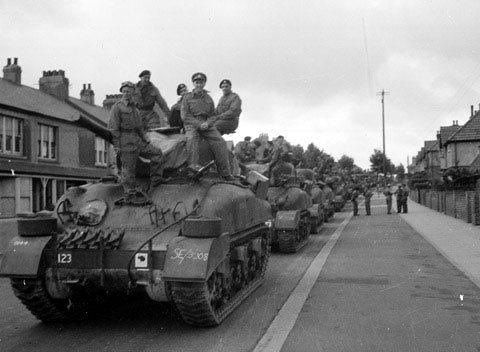 The 4th Armoured Brigade took over the Eardley Hotel on Marine Parade, with the 15th Scottish Infantry Division at the Beach Hotel, the Royal Scots Greys at the Steyne, and the 14th Field Ambulance Regiment at the Warnes Hotel.  The Royal Tank Regiment occupied much of Winchelsea Gardens, and the King’s Royal Rifle Corps, amongst others, were based at the Drill Hall in Forest Road.

Personnel from the Scottish Borderers moved into 48 Crescent Road, while 51 Chesswood Road was converted into a workshop for the 4th Armoured Brigade. No. 3 Commando were billeted in houses in Broadwater Road. Truly, Worthing, was a military town in the spring of 1944. 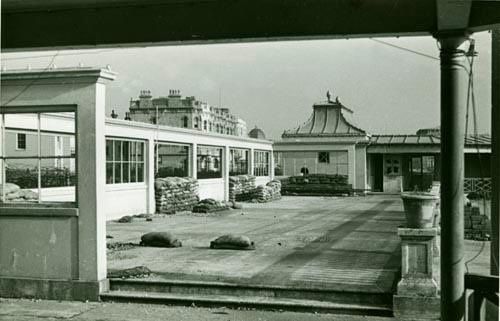 On D-Day itself, residents were wakened in the early hours by the mighty roar of hundreds of planes, some pulling gliders, on their way to Normandy. Within hours the town was emptied of all its soldiers, their tanks and equipment. Two gliders broke free from the aircraft towing them, one landing safely on the Selden Lawns in Brighton Road – the other have a slightly more bumpy touchdown on the downs near Sompting.

If residents thought that D-Day marked the end of the threat to civilians from enemy action, they were mistaken. Shortly after D-Day, a ‘flying bomb’ or ‘V.1’ landed and exploded in allotments at the back of First Avenue. Although no one was killed, one house had its rear walls blown off, and windows were shattered in several properties. The droning sound of the ‘doodle bugs’ caused much anxiety, as residents knew that once the motor cut out the bomb would be hurtling towards earth and that they might be its victims. 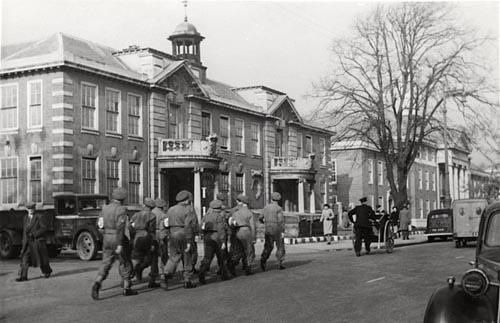 Within a year the war ended in the defeat of Nazi Germany. But the legacy of D-Day remained. As residents returned to their homes, many found that the military had left them in a poor state. The Wallace Avenue resident recalled that, “There were no staircases, there were no banisters, there was nothing. They had ripped everything out to burn.” 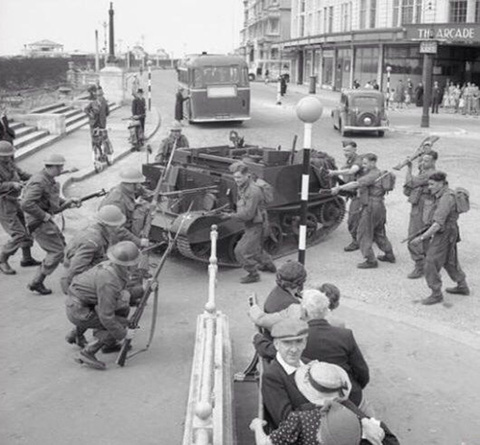