A Spotlight on Goring by Sea, West Sussex 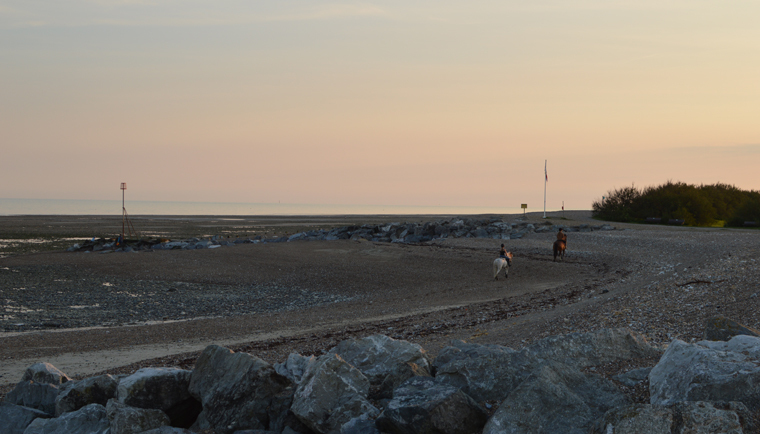 Situated within the borough of Worthing in West Sussex and just two miles from its town centre, Goring-by Sea is an attractive village that is stepped in history.

The name Goring is said to mean 'people of the wedge shaped land' and the first community was established in Anglo Saxon times. Like Worthing, it has always been a farming area and a fishing village. For many years, the village fishermen specialised in mackerel and herring but when the oyster bed was discovered off the Worthing coast in 1823, many went to work there but its success was short-lived as 50 million oysters were harvested in the first year and it was completely over-fished within ten years. Even today though, the village still has a number of fisherman that earn their living from the sea.

Goring-by-Sea has a long shingle and sand beach that is divided by wooden breakwaters. Behind the beach is a large grassed area and through this runs a pavement linking Sea Lane Café with Worthing that is edged by traditional beach huts for much of the way. The beach is perfect for strolls with a dog, sitting with a good book or having a go at kite surfing and other water sports.

The village has two churches; the first is the Church of the English Martyrs Catholic church which has a beautiful ceiling that is a copy of the famous one in the Sistine Chapel. St Mary's Anglican Church dates from the 11th century when it was called 'Our Blessed Ladye of  Gorynge' but was renamed when it was rebuilt in 1837. In the 19th century, the village also added the descriptive term 'by sea' to its name, so that it was not confused by train travellers with Goring-on-Thames in Oxfordshire.

Wandering around the village, there are several really old houses to stop and admire. Most of these older properties are scattered along Goring Road. Number 201 is thought to be the oldest house in the village and for many years was called 'Smugglers' Cottage' and No. 90 is a delightful 18th century thatched cottage. There is a collection of shops and cafés and the railway station. As Goring-by-Sea is just 64 miles from London and 12 miles from Brighton and has the train link, since the 1960s it has increasingly popular with commuters and 800 new homes were built on the edge of the village as the Titnore Lane estate in the 1970s. Also on the outskirts of the village are the vineyards at Highdown and recent tests by oenologists has shown that the soil in the area is very suitable for vine growing like in other areas of East and West Sussex as well as Kent.