Remember this pub in Worthing?

Thomas Banting died at Worthing on 20th June 1874 and had been a resident in the town for more than 40 years. Sources give his age at death as being both 73 and 75, but the latter age seems most likely to be accurate. 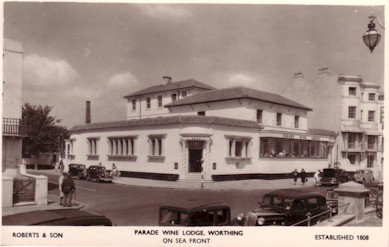 He “was considered a somewhat eccentric individual”, given to daily sea-bathing, regardless of the weather or time of year. During his lifetime he gave generous donations to the Worthing Dispensary and Infirmary, then located in Ann Street (this was the forerunner of Worthing Hospital, that was relocated to its present site in Lyndhurst Road in 1881).

The West Sussex Gazette, recording his decease, wrote that, “we are given to understand that other local charities will also now be benefited at his death.” The greatest beneficiaries were to be the gentlewomen of reduced circumstances, who were to be given admittance to the convalescent home, established by the terms of Banting’s will on the Marine Parade. This building was converted into Roberts Wine Lodge in the middle years of the last century, before becoming the Litten Tree pub. The building was demolished in recent years and the Nautilus apartments now stand on the site. 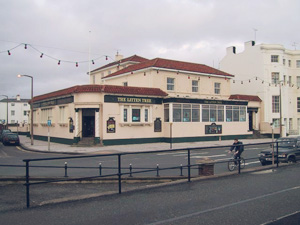 Banting himself had lived in the house up until his death. He seems to have prospered in later years, moving from a more humble residence in Prospect Place. According to the Worthing historian, Edward Snewin, who remembered him, Banting had been a ‘court undertaker’, which presumably means he undertook the funerals of the aristocracy, including royalty. This line of work clearly made him a wealthy man and he could afford to be generous in life and in death.

Banting’s will set out who could be considered for admittance to the home, and included women recovering from illness, whose fathers or husbands had been – ministers of religion, solicitors, surgeons, schoolmasters, farmers, master tradesmen, or those engaged in art or literature. In short, it was a home for women of the middle class, who, for whatever reason, found themselves in diminished financial circumstances. 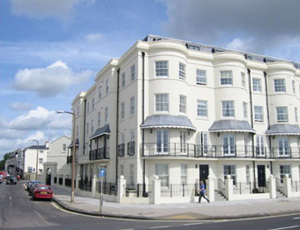 Banting’s grave in Broadwater Cemetery in surmounted by a granite obelisk in the style of a Cleopatra needle and dwarfs neighbouring grave memorials.