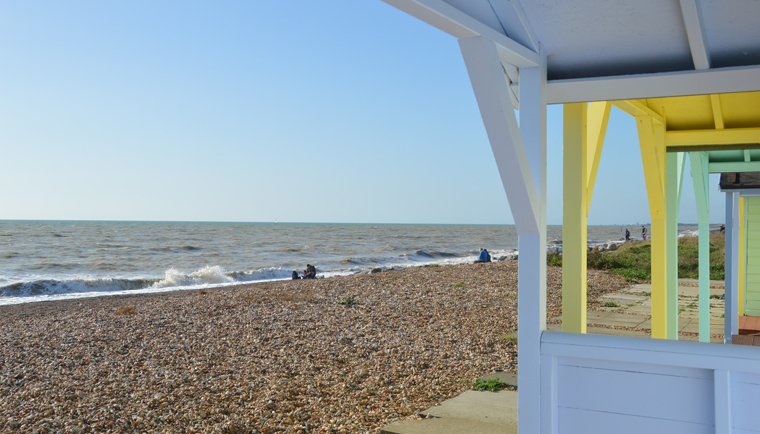 Nestling between Littlehampton and Worthing in the Arun District of West Sussex, is the pretty seaside village of East Preston which once had the nickname 'the Sussex Riviera'.

The first community in the area was Saxon. It was a farming community then and salt was gathered from the coast to help preserve food. The area changed very little for centuries until the church of St Mary the Virgin was built in the 12th century on what had been a Saxon burial ground. One of the oldest cottages in the village, Boxtree Cottage (1620) still stands near the old church wall.

In the late 19th century, Reginald Warren, a local land owner bought up a number of properties in the village, but these were dispersed when he died in 1911. Some were given to the village, like the land that is today the Warren Recreation Ground. There was also a workhouse near the church for travellers and the poor. It is said, that Angmering developed in the 1930s on the south side of the village with a different name as residents wanted to disassociate themselves from the workhouse.

During the Second World War, many Commonwealth soldiers were stationed at East Preston and only the military were allowed access onto the beach. After the war, the village did develop further and today the East Preston region comprises several areas – Kingston Gorse, West Kingston, Amgmering-on-Sea, East Preston Village centre and Willowhayne. It is a mainly residential area with a large proportion of retired people.

There are many beautiful detached properties, with the exclusive Marine Estate on the waterfont being the most prestigious of all. Properties for sale in Gorse Avenue often have price tags of £1 million plus. There are many attractive bungalows, villas and flats in the village, both for sale or rent. Recently, a number of residents have sold portions of their large back gardens for use for new building developments.

Life in East Preston is very pleasant as the coast is just a few minutes walk away and many enjoy a good stroll along the sea front or sitting on the beach with a good book. For golfers there is Rustington Golf Centre at Angmering which is a challenging nine hole course that many enjoy playing a double loop on and there is a driving range there too. Other sporting facilities include the nearby climbing wall and bowling green as well as the Motorsports Centre. There is a popular tennis club and dinghy club too.

For those who would like to work, there are vacancies in some of the businesses and organisations in the village. East Preston is a close community and there are several annual events to enjoy. The East Preston Festival began in 1981 and ten days of fun at the end of May/early June each year.