Why Property Prices Go Down as Well as Up 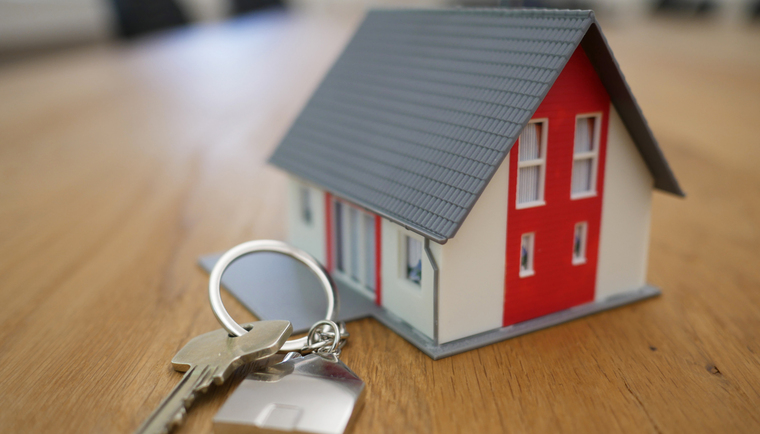 Being a property owner is special – especially as the house/flat that you own has been the single biggest purchase you will ever make. People buy property to either live in or as an investment, so it comes as a huge disappointment to find that after they have bought their property, prices are going down, rather than up. How can this be?

The property market in an area is always closely linked to supply and demand but sometimes there are other influences that can (and do) affect prices. At present, 64% of households in the UK are privately owned properties and in the case of more than half of these properties, their owners are still buying them with a mortgage. The remaining third off UK properties are either privately owned (17%) or are social housing (19%) so changes in prices in the property market affect many, many people.

So What Affects House Prices?

When the UK economy is doing well, house prices are buoyant because people are confident of being financially better off in the future. Prices will rise because more people are able to borrow money as banks and other mortgage providers are in an equally optimistic mood so demand for property increases, and so do the prices.

The Bank of England has a huge impact on whether property prices will rise or fall as it is responsible for setting the key interest rate. When the mortgage rate is low, buyers can spend more on their property as their monthly repayments will be lower. If interest rates are higher, however, they cannot afford to spend as much on the initial purchase as their monthly repayments will be higher. Often when interest rates are higher, property prices are forced down because sellers find that fewer prospective buyers can afford the price tag on their property and if they are keen to sell, they are forced to reduce their price.

In areas where house prices are increasing, this usually signifies a growing demand for property especially if there is an inadequate number of houses available. If fewer houses are being built, house buyers are competing to secure a house purchase and this will force the prices up. The opposite happens in towns where there are changing demographics and high unemployment is forcing young people to move away in search of work. This usually means there is a low demand for property and prices are lower. Often these areas have an excess of properties and little demand.

Unfortunately, there have been a number of significant floods in the UK in recent years and these too can have a negative impact on property prices. Because of these floods, the flood zone maps have had to be re-drawn and many house owners have found that their property lies within these areas and that they are now required to have flood insurance for their home. Sadly, this has a huge and negative impact on the value of their property as many prospective house buyers would be hesitant about buying such a property.

The most common cause of a fall in house prices though, is when a housing bubble bursts. House prices often steadily rise because people believe that they are going to continue to do so and this creates a 'housing bubble'. Unfortunately, when the bubble bursts there is always a housing crash when prices tumble dramatically. This is exactly what happened in the UK between the years 1984-89.

In that five year period, house prices doubled – with a growth rate that was faster than wage increases. In 1989, house prices began to fall like a tower of playing cards and continued to do so for several years. It took a full ten year period until 1999, for prices to climb back to the level they had been at before the crash in 1989.

Can Brexit Be Blamed?

A fear amongst many in the UK property business is that house prices in the UK could drop by 5% if the issue of Brexit is not resolved. If Britain walks away with a good Brexit deal, this will stabilise the market and there could even be an increase in prices across the board. In such cities as London, there is unlikely to be an increase as prices have already been falling there to a more realistic level and this could continue.

The prolonged Brexit negotiations are having an impact as Rightmove reports that in many places there has been a drop of 1% in prices over the last month, which averages £3,900. Importantly 15% fewer properties have gone on the market as many house owners are keen to see the outcome of Brexit first. Another factor is Stamp Duty as changes are likely to be announced shortly. The Accountancy firm KPMG, has predicted a 6% fall in property prices if there is a 'No deal Brexit' but says that the drop could be as great as 20%.

The trouble is whether it is fair to blame the recorded down turn in property prices purely on Brexit as other factors will be affecting them too. Soon after the referendum, house prices levelled or even dropped everywhere except in Scotland, for a number of months.

Or the General Election?

Traditionally, General Elections have dampened the property market as the run up period is viewed as a period of uncertainty. The forthcoming election will take place on Tuesday 12 December – right in the middle of the run up to Christmas. This is a time of year when prices usually drop a little as few people want to think about buying/selling houses over the festive season. Once again, many prospective house sellers are just biding their time to see if there will be a change in government, before making the decision whether or not to put their property on the market.

It has to be said that the summer months are usually the best months for the property market, but this year, prices did not rise as expected. Could this mean Brexit is having an impact? It is unlikely really, because Boris Johnson had already declared that 31 October was going to be Brexit Day and in fact, after a slower summer, prices did rally in many places in September by an average of 1.6% increase - proving the Brexit theory wrong!

Some experts say that the adjustments in the housing prices this summer which in real terms was a property price plateau, at the time of year when prices usually rise, has been a long overdue price correction.

Is It Good to Buy Property When the Market Falls?

Being able to buy a property at a slightly lower price has to be good for house buyers and in particular, those trying to get on the first rung of the ladder. Having said that, buy with caution and do plenty of good research before you start viewing properties.

The first thing to ask yourself honestly is whether your job is secure or if you own your own business whether your business will continue at the same level? If you have noticed a modest fall in house prices (which is usual during the winter months), don't wait for them to bottom out because it is unlikely that you will be able to react that quickly to secure a property.

Study the property prices carefully. Some properties will appear overpriced and this is usually because their owner does not want to believe that the market is dropping. Remember the phrase 'location, location, location' as it is still of paramount importance and it is certainly not worth rushing to buy a property at a good price if its location is unsuitable.

If a property has been on the market for a while and does not seem to be shifting, why not try an offer? You have nothing to lose and maybe, the house owner would rather secure a sale even if it is at a lower price. Alternatively, if you offer a good price, you may be able to persuade the owner to throw in some extras for the same price.

As for how the UK property market will fare in the final weeks of 2019 and into 2020... much depends who will have the keys of a certain property… No 10 after the election!