Even a short journey around Worthing will make it pretty clear that Worthing - except for it's distant fishing origins - is a relatively modern town with most of the housing being from the late Victorian period onward.But take a closer look and there are some isolated gems from the Georgian period, roughly 1715 to 1830, although most come from the latter period.Georgian (sometimes known as Regency) homes are incredibly elegant with large windows, bright high ceilinged rooms with ornate cornices and (if you're lucky) beautiful marble fireplaces.

The period looked back to symmetrical lines of Greek architecture for inspiration hence the columns and classical busts that adorn one of Worthing's secret masterpieces, Park Crescent. Hidden behind high walls off a roundabout at the South end of Clifton Road, the Crescent dates from 1829 and consists of 14 properties. There were due to be 22 but a recession stopped the building work - some things never change! Neglected for many years, work started to improve the area and clear out the badly converted bedsits returning the properties to their former glory.

The very pleasant park to the front allows a fine view of the terrace and is a great place to start Worthing's Georgian heritage. From here a walk along Shelley Rd leads to Liverpool Terrace - 12 bow fronted properties mostly converted into offices, but some flats and houses remain. Built in 1828 the terrace was another casualty of a long forgotten property downturn. 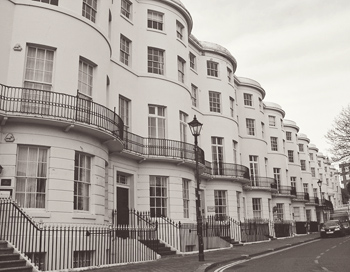 The Terrace was due to form part of a Square but stood alone when the money ran out. Opposite is the attractive Alexander Terrace built in the 1980's but thankfully in a sympathetic style. A short walk through town heading North up Chapel Rd leads to St Pauls Church built in 1812. The colonnaded frontage is typical of the period. 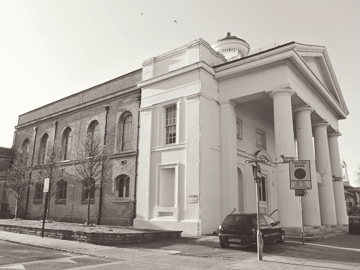 Look around the corner to find Ambrose Place - perhaps the nicest terrace in Worthing. Note that the front gardens are across the road, another sign of a failed Georgian Square development perhaps? 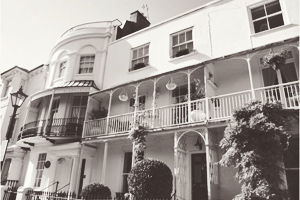 There are plenty more to see on Marine Parade although sadly many have been lost to development over the years - Worthing's heritage seems to have been a low priority for developers and planners alike until recently.

Worthing has a style of property to suit virtually every taste (and budget) making it, in my view, one of the nicest places to live in the South.